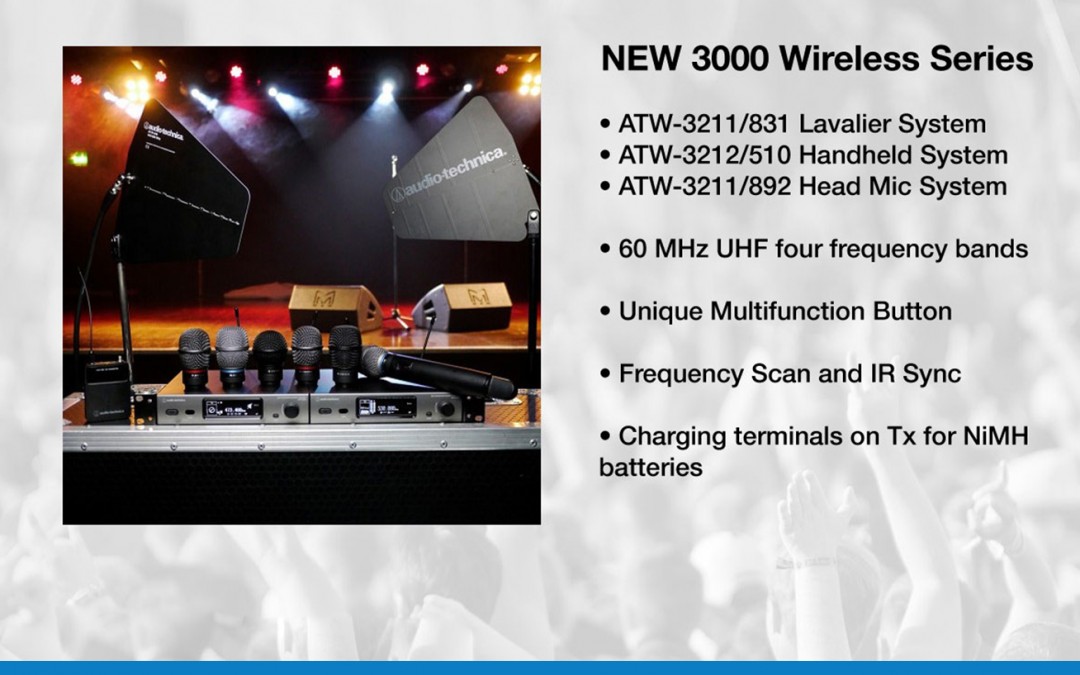 With a class-leading 60 MHz tuning range – more than twice that offered by the previous versions – the new 3000 Series systems are available in four frequency bands – DE2 (470–530 MHz), EE1 (530–590 MHz), EF1 (590–650 MHz) and FG1 (650–700 MHz). Frequencies can be easily scanned and selected on the receiver and then synced with the transmitter via IR sync functionality. The 3000 Series even lets users set a backup frequency that can be quickly swapped by pressing the transmitter’s multifunction button in the event of unexpected interference.

Sign up for our newsletter to stay up to date with the latest product news.

You have Successfully Subscribed!